AI is real. It’s happening. It also has a name, a voice, and a personality like Siri, Alexa, and Cortana. As professional namers we’ve named virtual assistants and have thought a lot about the ins and outs of naming a digital being. In this series we’re going to pull back the curtain and discuss what to consider when naming an assistant.

Let’s start with legal issues. It’s understandable to want to name your assistant after someone great, someone who has inspired you, or who has made the world a better place. But using someone’s name without their permission can land you in legal hot water. Most high-profile individuals have teams of lawyers who guard and protect their brand—name, likeness, image—from being used by others for monetary gain. You can’t name your product Hendrix after Jimi Hendrix without acquiring the rights from his estate. Just ask this poor sap.

And now, a word from our attorney:

“I’ve seen it go different ways. If it’s a surname of a living individual, that is grounds for refusal by the USPTO. Given names are fair game because they are so common. However, surnames that have a direct connection with someone well-known might be more problematic. Some surnames that are old-timey or unusual can get through, like Samsung’s assistant Bixby. If you do use someone’s surname the estate could still go after you for something like false advertising or right of publicity, but that would not be a trademark issue because it’s not related to a good or service.”

And then there’s the risk of cultural appropriation. It would be wildly inappropriate to name your virtual assistant “Tubman” after abolitionist and political activist Harriet Tubman. This is a non-starter unless you have a solid connection to her legacy. Anything short of that is wrong. If you’re attempting this approach it’s imperative to be sensitive and consider how the name will affect other people and cultures. If it feels slightly off, it’s for sure off. If at any point you’re unsure, consider bringing in outside help.

Even if you decide to name an virtual assistant after someone you respect, the perception of the name can change. You could name your assistant after a well-known musician or explorer only to discover they exhibited or were convicted of inappropriate behavior—which, unfortunately, seems to be the reality we live in. The public perception of that person is forever changed along with your assistant and your brand. This applies to more than just individuals—think natural disasters or world affairs. Consider the folks named Katrina or the dozens of businesses and organizations that changed their names because of ISIS. Although it could apply to a virtual assistant, this can happen to any name–company or otherwise.

All things considered, there are a few different ways to successfully name an virtual assistant after someone without running afoul.

The first is to reach back in history—way back. You want to create a significant time buffer between you and the person you’re honoring. We don’t always know the appropriate time buffer. 150 years? 700 years? 4000 years? But we always like to err on the side of caution, do a bit of research, and be sensitive. There are some historical figures that clearly feel within the boundaries of homage: the Greek poet Sappho, Roman statesman Cicero, or the Arab astronomer and mathematician Al-Battani. This approach also gives you more latitude in who you choose. It could be someone as well known as Plato, the Athenian philosopher, to the esoteric as Nereus, a Greek sea-god. No matter who, we doubt they have estates looking after their affairs and want to sue your pants off. There’s just something about the passage of time that softens the issue.

Dude on the left

Then there’s the option of naming the assistant after someone near and dear to you. This could be a grandparent who taught you how to play mahjong or an ex who you never truly got over. Regardless of the individual, you can use their given name without much legal fuss. And even though the name doesn’t hold the same water as a world-famous astrophysicist, activist, or painter, you will have a personal story to tell you audience and build into your branding. Remember, the goal here is to be memorable, engaging, and easy to find.

Finally there is the route we recommend the most: name your assistant after an idea, metaphor, or concept. These are names like “Docent” or “Stardust.” This is territory where we like to go when naming virtual assistants because it offers a powerful metaphor for the brand story, rending the above issues null and void. Instead of honoring a specific person, you can pay homage to ideas and what they represent in the real world. These names act as simple nouns that convey an idea but can easily function as proper nouns with the right messaging, visual identity, and enough repetition. While it is a little odd to address an entity by those kinds of names, we find that people get used to it pretty quickly. After addressing your AI as “Stardust” fifteen or twenty times, you’re not going to think much about it. “Josh” had to start somewhere.

So tread lightly if you’re thinking of honoring someone. There are a lot of options when naming your virtual assistant but naming it after someone you admire can prove to be a bumpy road. There are a lot of potholes to hit and the last thing you need when building brand equity and launching a startup is a flat tire. We’ll be back soon with another installment of “Hey, you! A Hundred Monkey’s guide to virtual assistant naming”. 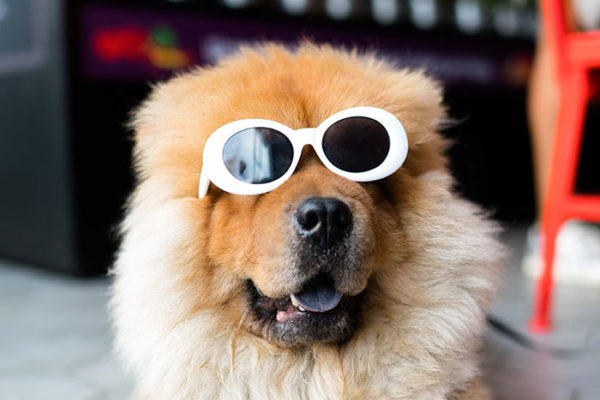 How to select a URL without going insane

Getting by with a little help with your words